They didn’t know they needed a Plan B. In planning their big wedding for 2020, Sammy and Collin like so many couples had no idea that larger weddings would not be possible. Despite the disappointment of plans falling to the wayside, this is the point where I love to step in! I suggested instead having an elopement overlooking the rolling hills of Julian, California and it was such a perfect choice for them!

Your Elopement Spot Is Closer Than You Think

It’s funny how unexpected and alternative plans can suit two people so well. I find such pleasure in walking alongside couples and helping them plan out their big day! Knowing that these two lived about an hour away in San Diego made Julian, California a beautiful and very accessible elopement location. You don’t always have to travel far to find an adventurous elopement spot!

These two wanted to go somewhere with an expansive hillside view and lots of spots to capture beautiful moments together. Although the town of Julian, California is best known for it’s fall leaves, the greenery of summer still surrounded this elopement with so much natural beauty.

Sammy and Collin basically wanted all the mountain vibes! So, we chose one of Julian’s spectacular spots overlooking the mountains and the Anza-Borrego Desert. It was the perfect backdrop to their vows! Upon seeing their selected location for the first time–it was everything they had dreamed it would be.

Surrounded by Their Nearest and Dearest

⁣⁣Sammy and Collin decided to have a small, intimate ceremony with their nearest and dearest. Their short list included Sammy’s dad walking her down the aisle, and her brother performing the ceremony. This was followed by a hilarious champagne toast (check out Sammy’s face below). The finishing touch was the cutting of a small white cake topped by the flowers used in the bride’s bouquet. We enjoyed the joys of eating too much carrot cake, crying together during the toasts, and so much more.⁣⁣

It was then an absolute blast running together through Julian’s hills at sunset. Sammy’s white dress paired with red and pink flowers was the perfect contrast to the green rolling hills.

Being part of the planning that got these two to this day made the sunset moments all the more meaningful. I love it when a couple is not only up for anything, but they make their day about the one thing that matters most: one another. These two did so beautifully.

If you are looking for a small and simple elopement in a gorgeous spot you’ll love then I’m your girl! 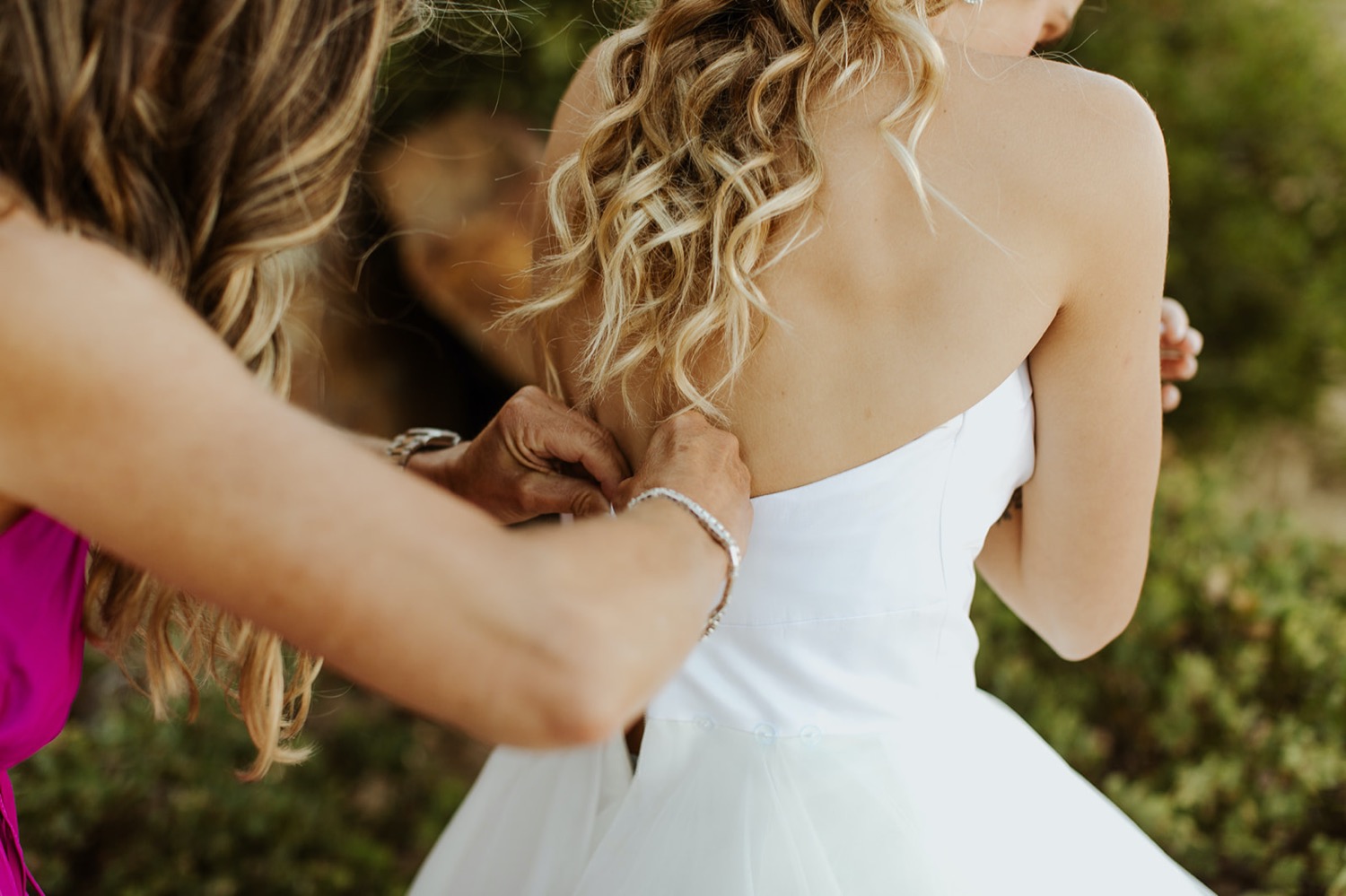