It gets me every time. Each encounter I have with Yosemite National Park is one of the most spectacular vistas I’ve ever witnessed. For this particular Yosemite elopement, we definitely caught the most beautiful sunset in the world. Though an everyday occurrence for Taft Point, this was a once-in-a-lifetime experience for Kim and Brett’s Yosemite National Park elopement.

It was a balmy fall evening, and despite the fires that were still blazing across California—God held back the smoke! It turns out we weren’t the only ones praying that the skies would remain clear. During our hike out to Taft Point we ran into three other brides along the way which reminded me of what a popular spot it is! (find more tips and tricks on a Yosemite elopement at Taft Point here)

Kim and Brett were playful enough to brave standing near the edge, popping a bottle of bubbly, and even jumping around in the pure bliss of their celebration. Whether they were embracing one another or reaching out across a chasm of gorgeous light, this couple’s love was palpable.

We topped off this amazing time in Yosemite Valley by staying until nightfall to do some star shots. Kim and Brett were such troopers, they even wore headlamps so we could capture them in the dark! Honestly, Taft Point is the BEST place to see the starry night sky because there is no light pollution and you’re standing on a cliff. We saw the Milky Way and as the stars filled the sky I was able to catch some astrophotography then allow these two lovebirds to call it a night!

It was the perfect end to a day of miraculously cleared skies, touching moments, a magical elopement, and good ol’ Yosemite continuing to hold up its end of the deal. 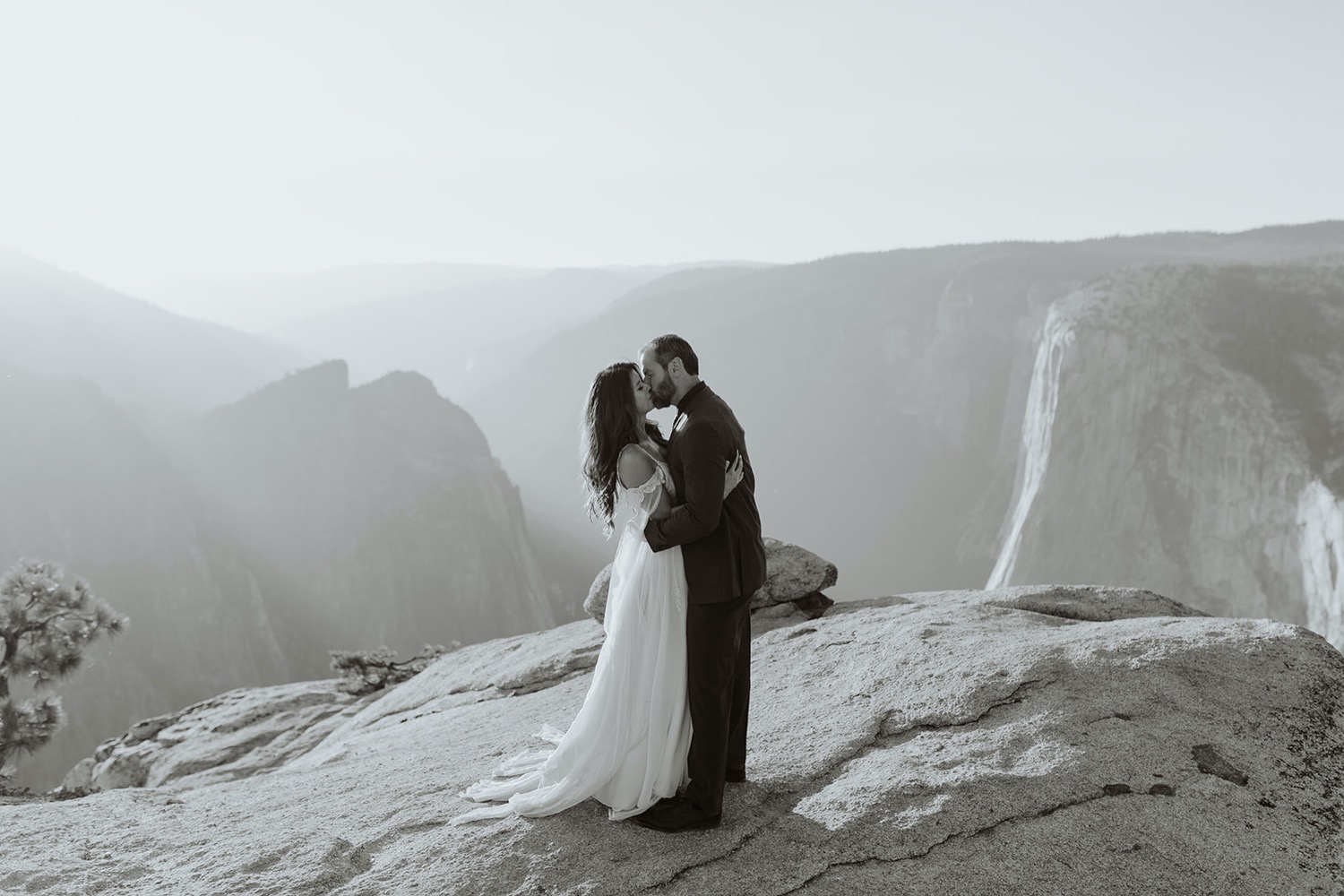