A storm was coming. The skies were cloudy and a drizzle had already begun. But these two were not going to let this stormy weather stop them from having their adventurous Moab elopement!

From the moment we arrived in Moab, it was cloudy and a storm was imminent. We went as fast as we could trying to outrace the storm. We spent our time moving quickly as we caught beautiful shots of the wedding dress flowing in a lot of wind and a little bit of a drizzle. It’s weather like this and the adventurous spirit of couples like Makayla and Dax that creates such beautiful photos!

An Adventurous Elopement at Its Best

I see capturing times like this basically as an adventurous elopement at its best! You are eloping because you are up for an adventure and are holding your plans loosely. We are able to go with the flow and make so much spontaneous magic happen because it’s part of the very fabric of what makes an elopement an actual elopement. Finding ourselves up for anything whether rain or shine at this Moab adventurous elopement created such gorgeous moments!

We darted as fast as the wind would take us around Moab’s Monument Valley, trying our best to avoid being drenched in the rain! Witnessing this couple enjoy each other in their windswept gown and suit was the perfect contrast to the still and sturdy sandstone monuments. They hiked all the red sand paths around the monuments hand in hand  as they adventured to their heart’s delight.

Stormy adventurous elopements can produce the best images. If your elopement day (or your wedding day) is rainy and windy: FEAR NOT! This creates the perfect setting for some really special photos. What better way to begin your marriage story together than with an amazing adventurous elopement like this?

Up for something different on your elopement day? Tell me all about it! 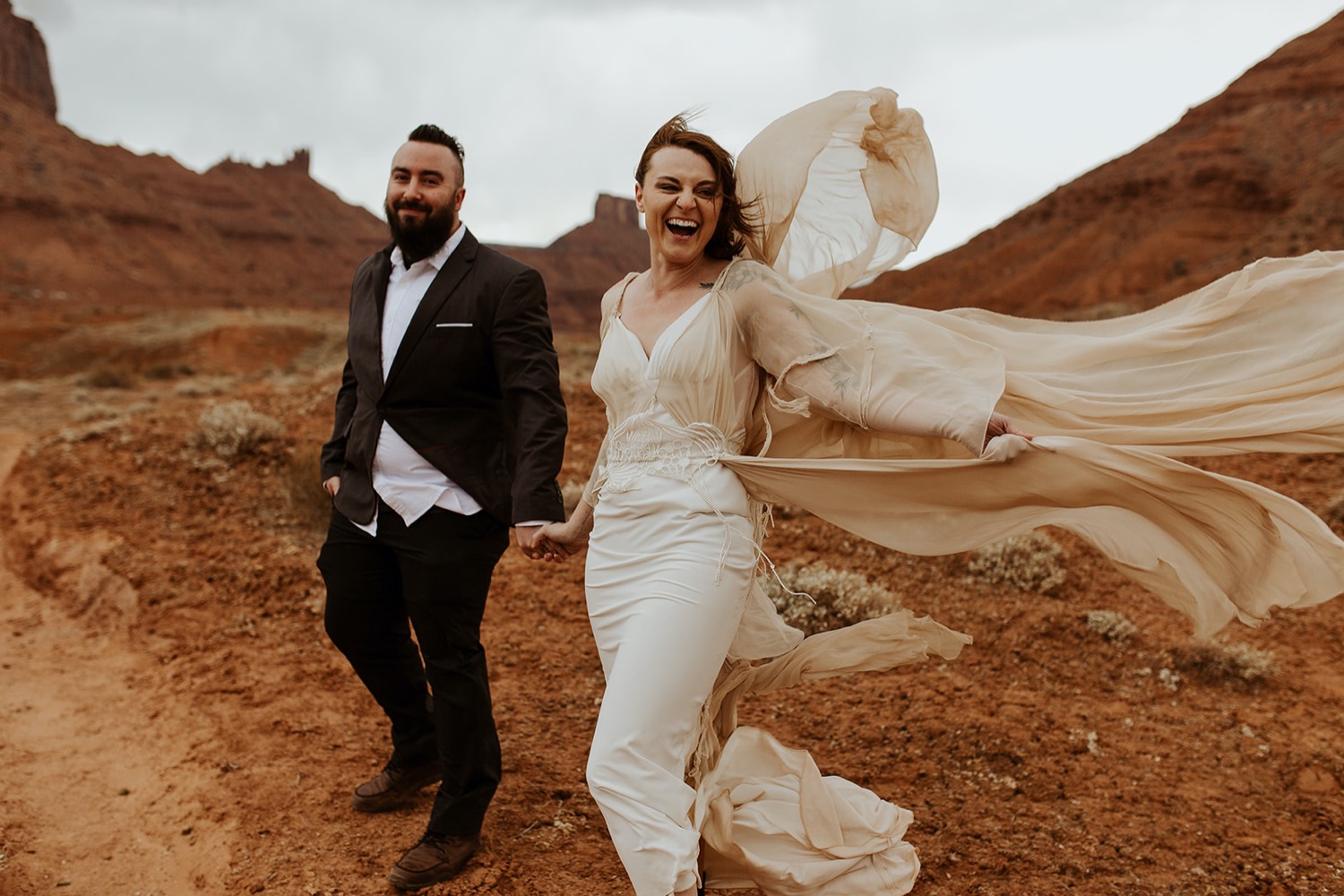