Amy and Justin found the perfect blend between inviting their nearest and dearest and getting the privacy that they wanted at their Grand Tetons elopement. Justin is a nature photographer who loves traveling so eloping at Grand Teton National Park was a no-brainer!

Surrounded by Your Loved Ones

These two held their ceremony at the Snake River Overlook with the gorgeous mountains in the background. Justin got pretty emotional when he saw Amy walking down the aisle which was so cute!

Amy and Justin’s short guest list for their Grand Tetons elopement only included immediate family and grandparents which made their ceremony super intimate. Whether you’re considering eloping just the two of you or accompanied by your dogs (watch out for adorable pups below), either of these options create a beautiful ceremony!

Variety of the Grand Tetons

After the ceremony, we went to Jenny Lake and took more photos surrounded by mountains covered in clouds. This was followed by arriving at one of the turnouts where there is a really good view of the Tetons. There was a storm coming in causing the wind to blow harder and the sky grew darker. We couldn’t see the mountains as well but their dogs joined us for great shots of them as a family.

What elopement ideas do you have? I can’t wait to hear them! 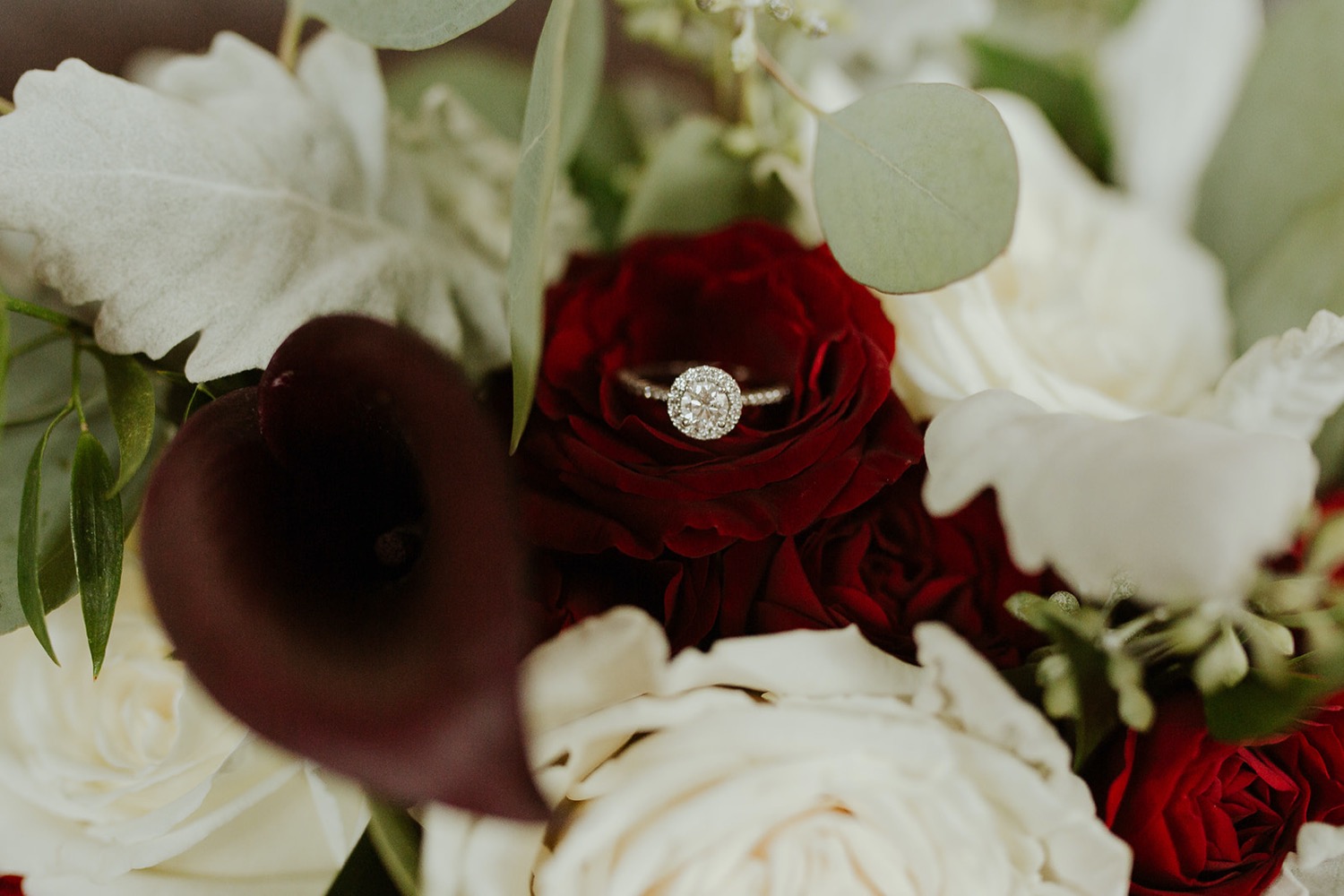