Here we have some seasoned adventurers: Rachel and Dean hike Mt. Whitney on the regular summiting all 14,505 feet. Despite it being the highest peak in both California and the contiguous U.S., Mt. Whitney is by far one of their favorite spots.

So, we found ourselves at a place called Alabama Hills in Lone Pine which is the little town at the bottom of Mt. Whitney. Rachel and Dean wanted to take some pictures there with the majestic mountains in the background. Bursting through these photos was their love for each other mixed with being in such a beloved spot together.

It was beautiful taking photos as the sun set just over the mountains. After we finished exploring the valley below Mt. Whitney, we ate a hearty meal and set out to camp together for the night. The stars were so magnificent that we caught a few nighttime shots just for fun!

Camping beneath the stars was FREEZING cold—a problem fixed only by s’mores, hot coffee, and a beer or two. I just had a really fun time camping with two people who obviously knew what they were doing despite the challenging weather.

The next morning, we woke up at sunrise and went to the Whitney Portal which is the start of the trail to the summit. We hiked part of the trail and along the path Dean decided to formally propose to Rachel. I had NO IDEA it was going to happen, but when it did, it was SO special. Way to keep a photographer on her toes! Out of nowhere, surrounded by snowy mountains, Dean pulled out this beautiful sapphire ring and got down on one knee. Once Rachel started crying none of us could stop!

I continued to take photos of them rolling around in the snow and even throwing some snowballs! It was freezing cold and our toes and fingers were literally numb. But, it was so fun and SO worth it! It was cool to capture this couple’s love story in a place so special to them that they loved dearly. We walked away from their favorite spot with beautiful portraits, a surprise proposal, and a beautiful ring on this bride-to-be’s hand. 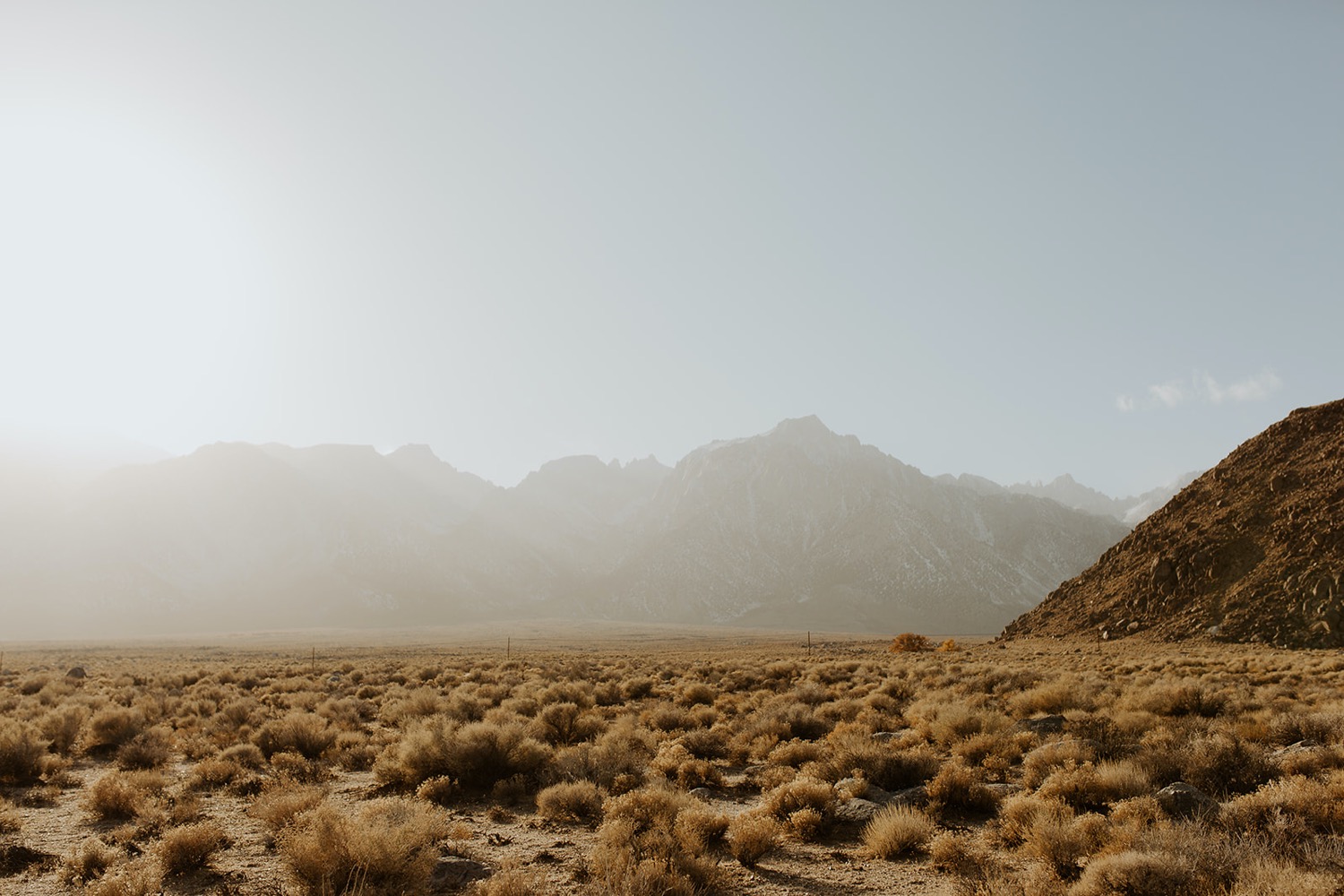