I just HAVE to say, this couple took adventurous elopements to the NEXT LEVEL! We started their day super early in the morning at around 3am and met up at Tunnel View in Yosemite National Park. We hiked up to Artist Point with David changing his shoes at the top while Lindsey rocked a wedding dress and hiking boots combo. Artist Point is a beautiful overlook of all of the wonderful mountains in Yosemite Valley including El Capitan and Half Dome.

We made it up there just in time to catch the sun rising right over Half Dome and it was SO beautiful! The slow-moving light changed the valley’s colors from blue to purple and finally to orange—providing the perfect backdrop to Lindsey and David’s private exchange of vows.

After heading back down the mountain we got ready for their ceremony in the Valley. Since they wanted more of a traditional Jewish ceremony, they had a chuppa for their ceremony site held up by their closest friends and family. From the green meadows below to the chuppa flanked by mountains above, there was not a direction you could turn without taking in so much beauty.

Following saying their “I do’s” and stomping the ceremonial glass with an exclaimed mazel tov or two, the party moved over to the campground tables for a breakfast picnic. The bride wore white and cooked breakfast in it too taking charge of toasting the breakfast bagel feast herself. Using said bagels topped with smoked salmon and cream cheese, the couple improvised their cutting of the cake by gingerly feeding each other some breakfast goodies instead.

The adventure continued following breakfast when the party decided to go rock climbing at a nearby bouldering area in Yosemite Valley. Climbing on boulders is quite a common activity to do in Yosemite, but it is not so common to do so in a wedding dress! It was a treat capturing the newlyweds rock climbing side by side with Lindsey in her dress and David in his suit! Scaling those rocks was the perfect literal and symbolic first step towards the many mountains they will climb in their new life together. 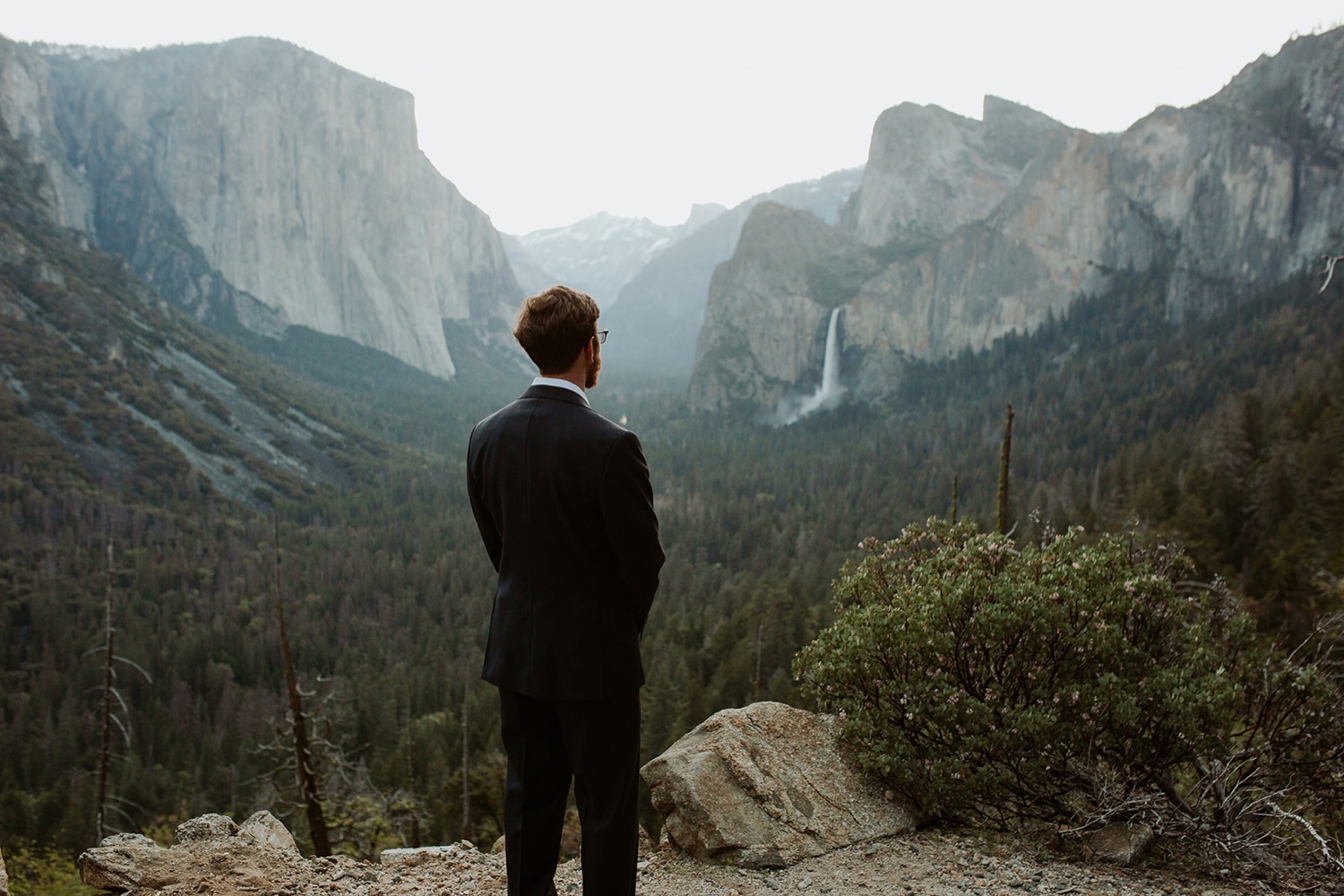